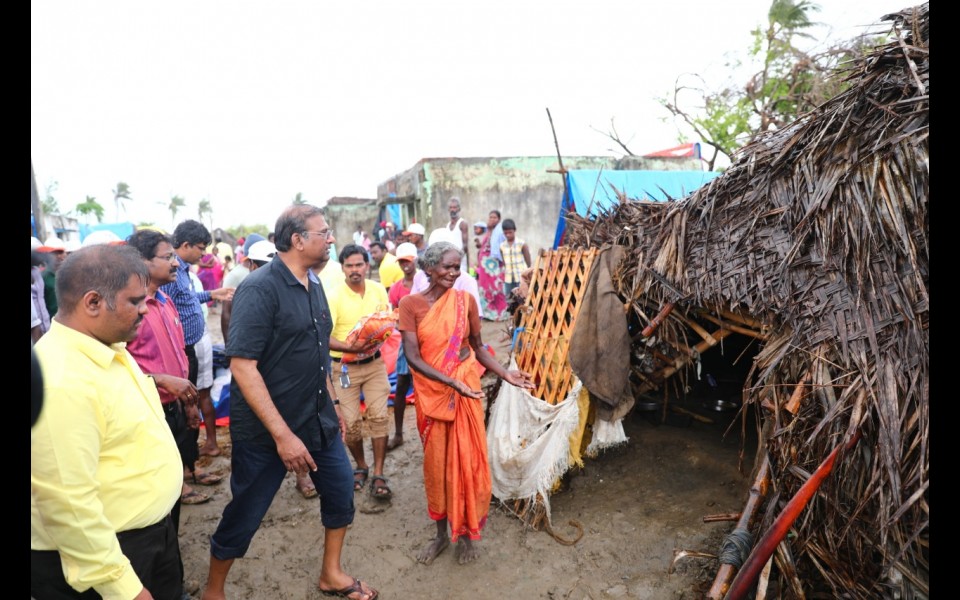 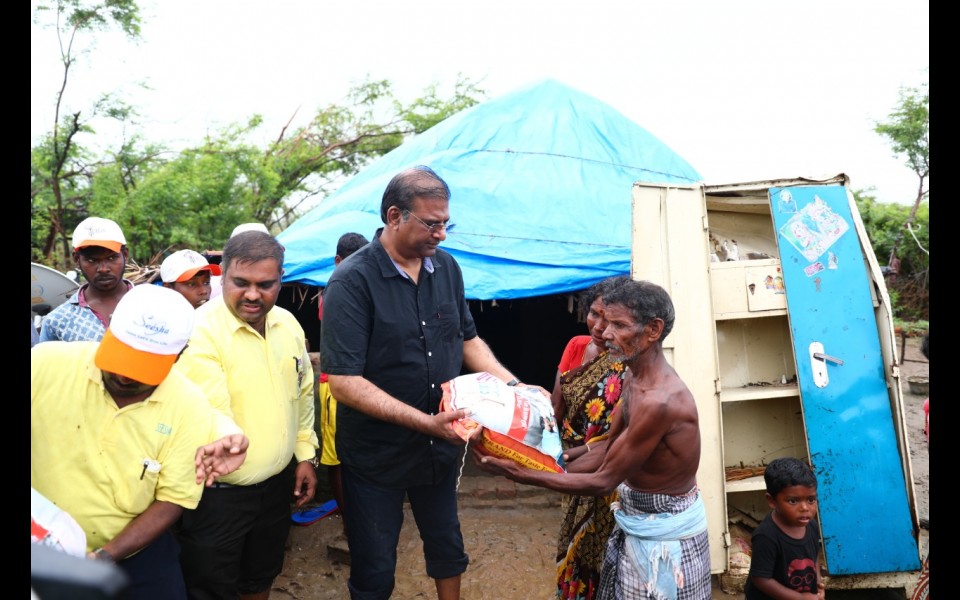 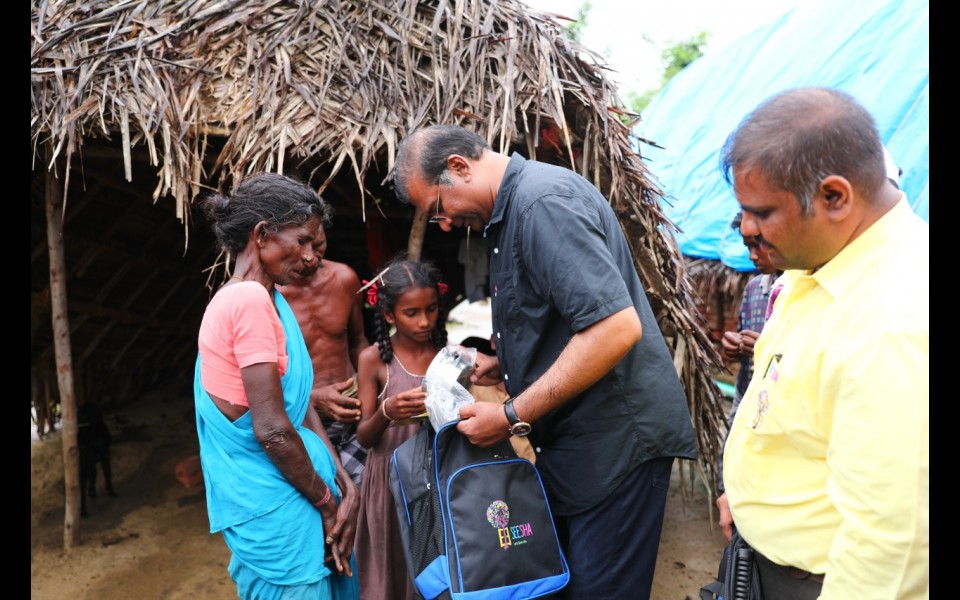 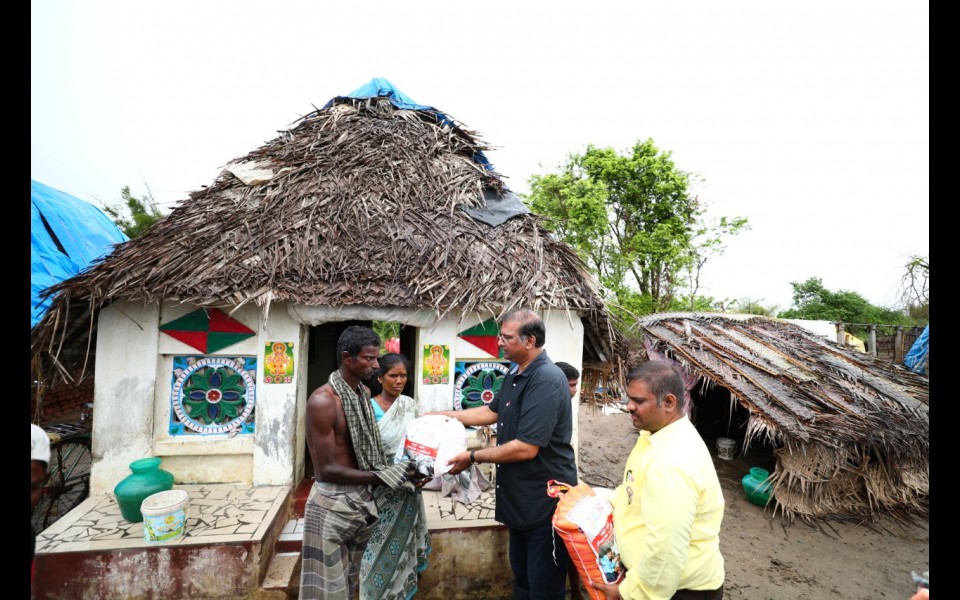 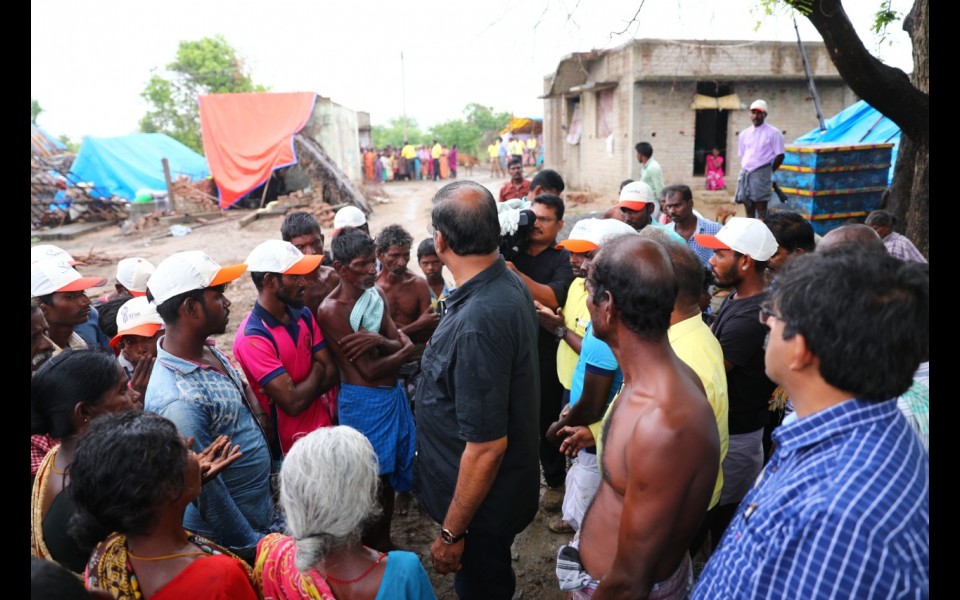 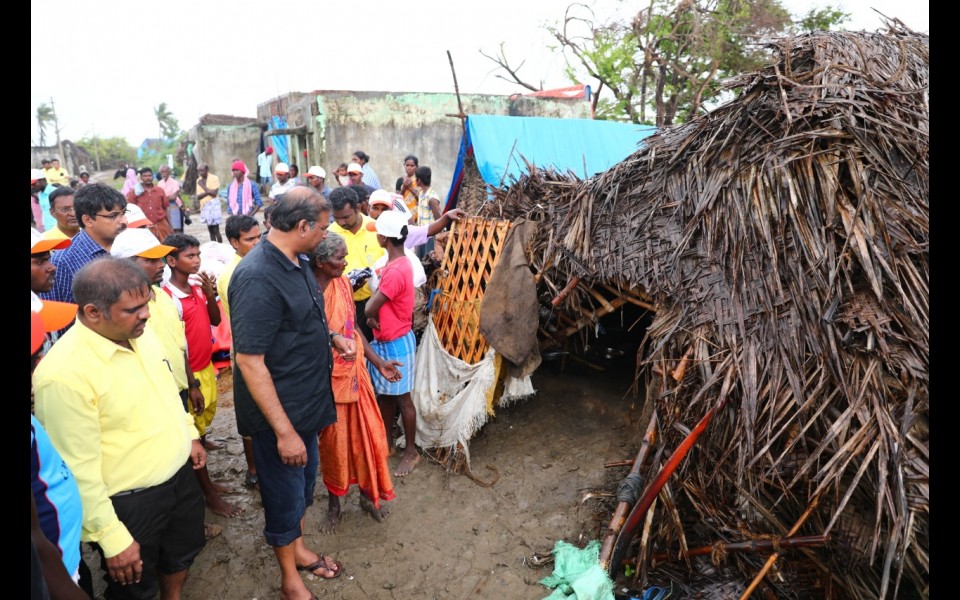 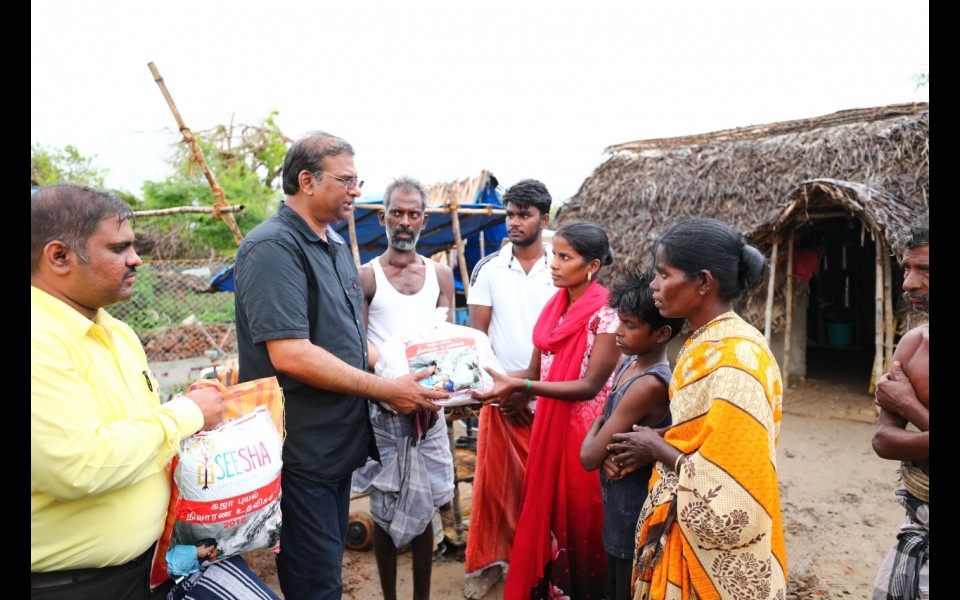 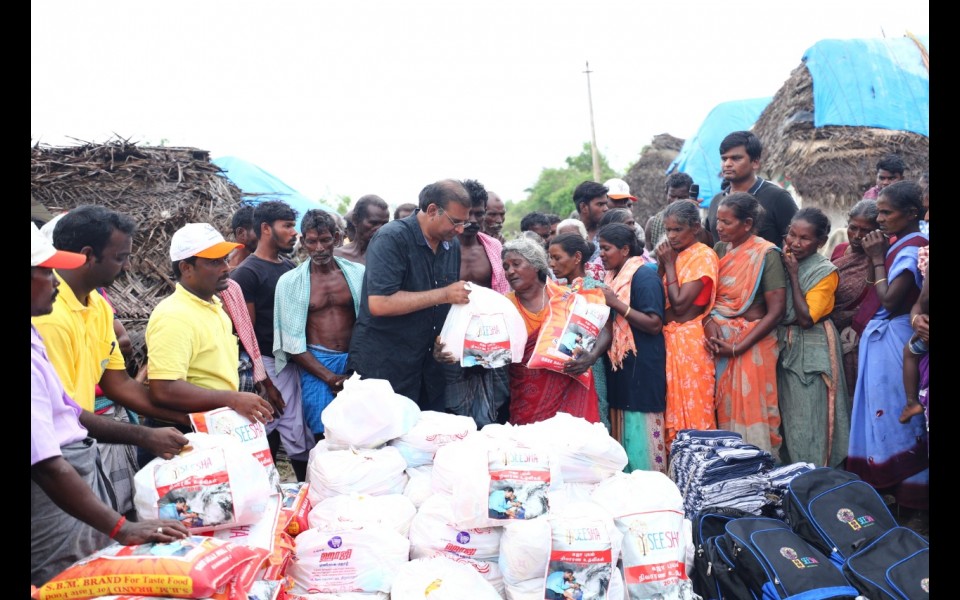 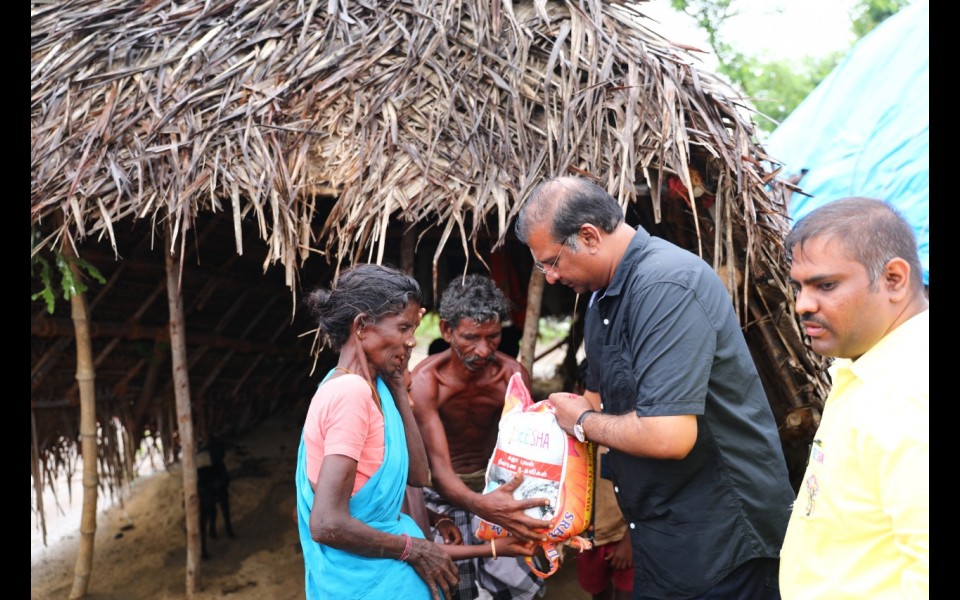 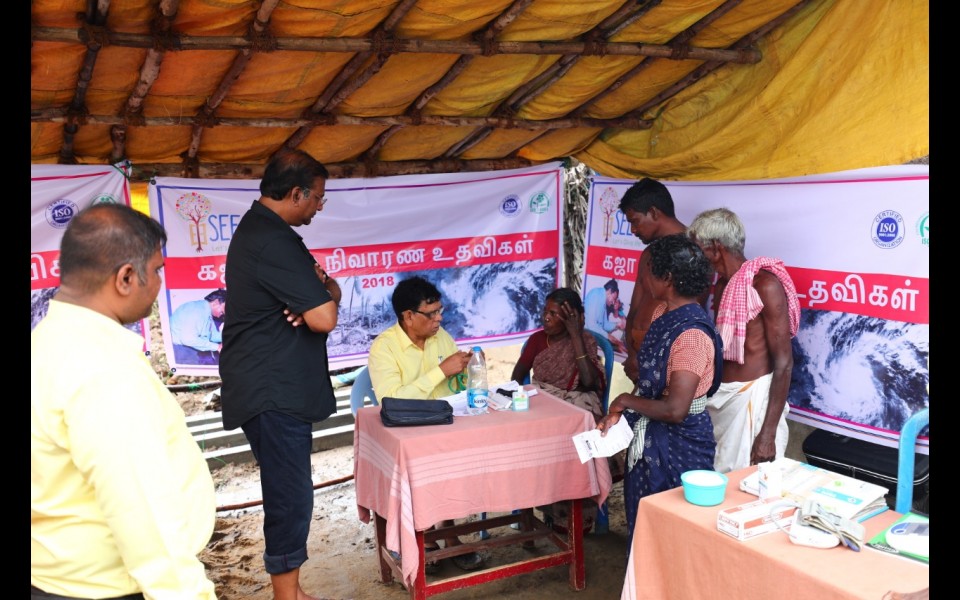 Tragedy struck in the wee hours of Friday, November 16. Coastal and delta districts in Tamil Nadu were witness to the devastationn of Gaja, a severe cyclonic storm, that left in its wake, a trail of destruction across Nagapattinam, Ramanathapuram, Thiruvarur, Thanjavur, Trichy, Pudukkottai, Dindigul and Puducherry which left 48 individuals dead. Thousands of trees and plantations were uprooted incurring a mammoth loss to the state.

Dr. Paul Dhinakaran, moved in his spirit to help the cyclone affected people in the delta region deputed the SEESHA disaster management team to extend emergency response suport including rescue operations, distributing relief items for adversely affected communities and conducting medical camps in the relief camps as part of its rescue and relief operations. SEESHA Disaster Response Teams have been working in rescue & relief operations since 17th November 2018, ensuring the safety of the affected people especially young children & women stay safe, maintain proper hygiene, good health and have access to nutritious food during the crisis period.

During the second relief phase, medical camps were organized at Ayyur, Hamlet (Kothangudi panchayat) and more than 300 families from farming communities benefited by the medical camps organized and health concerns were timely addressed. Dry ration and sanitary kits were provided for more than 350 families who else would not have been able to have 3 square meals having lost their all. 100 relief kits were distributed at Periyanayakipuram too and the support extended. Medical camps were also conducted at Oomanthanadu, where more than 300 people were given immediate medical care and free medicines were provided to the sick along with counseling. 150 school-going children who had lost their learning materials in the floods received SEESHA school kits. As they start the new year with almost nothing to celebrate , new clothes were also distributed to the children and their families. SEESHA continues to assist the people in rehabilitation process as they rebuild their lives.

Dr. Paul Dhinakaran along with SEESHA Humanitarian relief team personally took the time and effort to visit the affected villages and comforted the people and boosted their morale. Despite the bad weather, he ensured along with the team to visit the badly affected interior part of the villages, interacted with the cyclone affected families, inaugurated medical camps and distributed relief materials as part of rebuilding their livelihood and restoring health.

SEESHA under the leadership and vision of the founder Dr. Paul Dhinakaran has adopted one village of Thopanthudi to start with and plan to rebuild 34 houses in that village and extend the support to adversely affected families in adjoining villages too , we totally plan to build 100 homes with concrete roofs and toilet facilities along with access to potable water for all of them and help them restore their livelihoods which have been completely lost due to complete agriculture loss and damage.

This is not one man, one team, or one organization's efforts that can achieve this, we need everyone of you with human concern for these 34 marginalized families in Thopanthudy village and other other 66 homes in adjoining villages, help rebuild their lives from almost nothing, as they have lost everything and need to start their lives from scratch. Totally 100 demolished homes to rebuild is our target and vision as the need is huge.

For your gift of any amount you could help us construct a new house damaged by the cyclone.