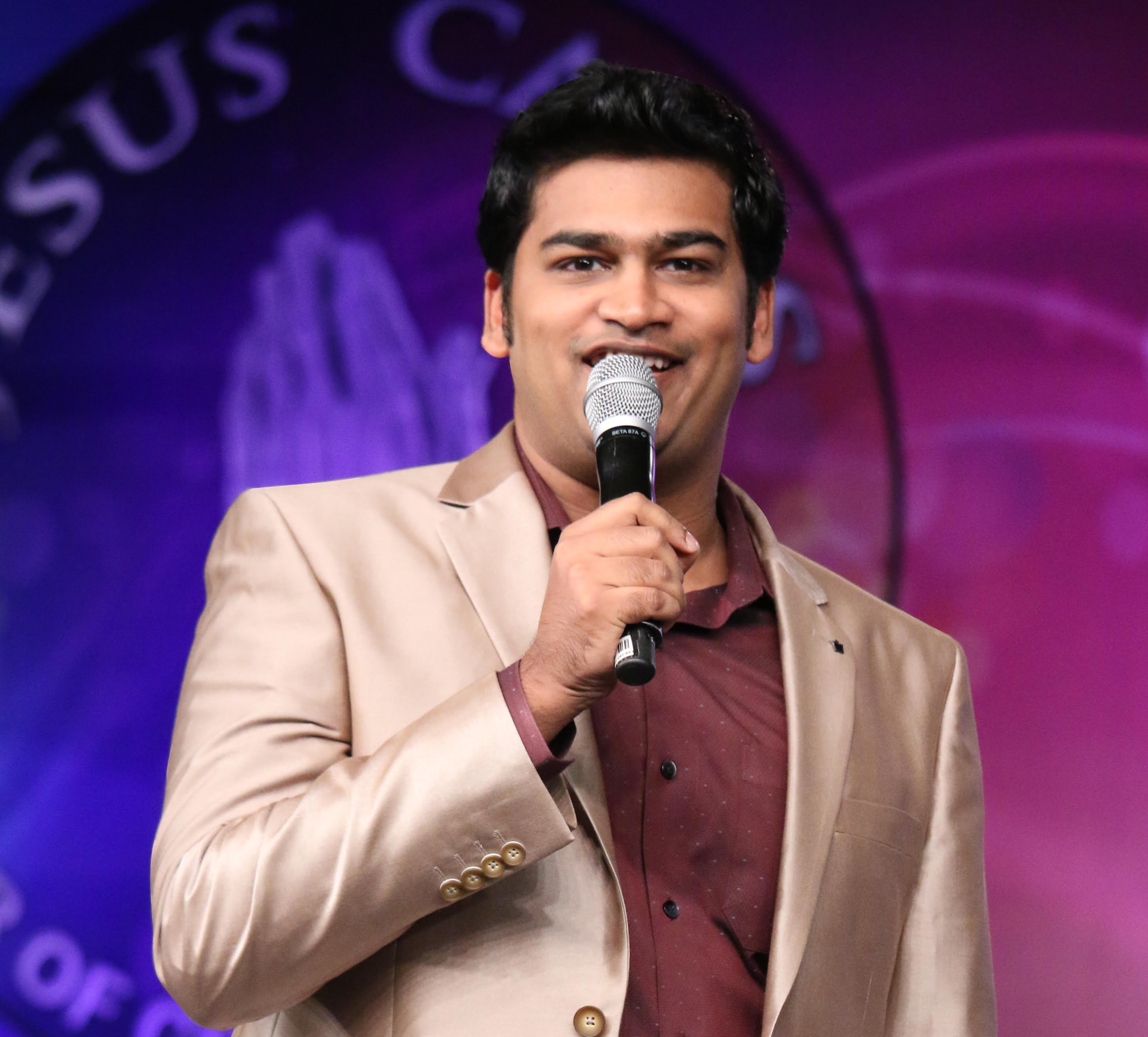 Samuel Dhinakaran is a worship leader and preacher. Samuel ministers predominantly among the youth in India and around the world. During his childhood years, he ministered to children through music and elevated to nurture young minds, when he became a teenager. Undeterred from God’s ministry, Samuel pursued his B.Tech in India and an MBA from the University of Texas. Samuel is the leader of UTurn, a youth ministry that aims to inculcate a holy and blameless lifestyle that glorifies God, by adhering to His word and being anointed by the Holy Spirit, according to Philippians 2:15. The public meetings, hosted by Jesus Calls and UTurn, draw an average crowd of 100,000 people and 4000 youth. Thousands of people gather for the meetings he speaks in, to receive comfort, healing, and deliverance. Over 80,000 young people thronged to hear the word of God shared by Samuel, at Gujarat in 2016. He has delivered the comforting word of God to a gathering of over 400,000 people in a meeting held in Rourkela, Odisha. Several music albums recorded by Samuel and his siblings have been an all-time favourite for many people around the world, in various Indian languages. His 2019 comeback in music, had been marked with the timeless classic, made famous by his grandfather, Dr. D.G.S. Dhinakaran, “Neer Illadha Naalellam,” reaching over 100,000 views on YouTube in a week. Samuel Dhinakaran is widely known to the world through television ministry as he has been consistent on regional and global television networks since an early age of 4. He continues his vision of drawing young people to the love of God through public meetings, television programs, music, and social media. His challenge to young people is that they can live a holy life dedicated to God and taste real happiness and power to excel to heights in their life's purpose.